SEPT. 14, 2016—This afternoon I had the honor of attending one of Napa Valley’s iconic annual rituals. The Blessing Of The Grapes at Robert Mondavi Winery has been a cherished tradition since the winery’s founding in 1966. The ceremony celebrates the bounty of the harvest and brings together the winery’s vineyard and cellar workers, winemakers, winery staff, and a handful of industry insiders. 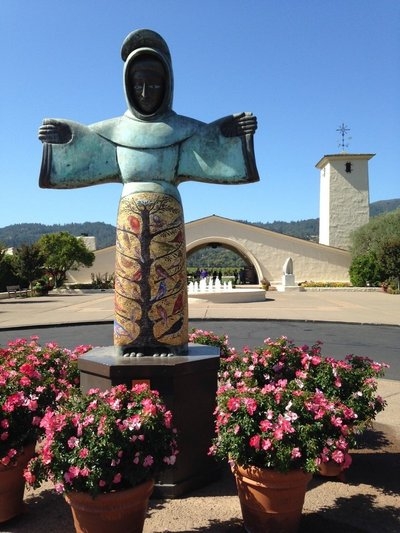 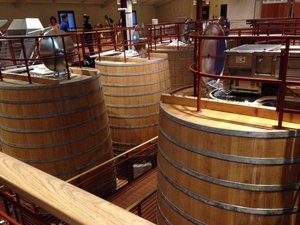 The focus of today’s event was when Cabernet Sauvignon grapes from the venerated To Kalon Vineyard were blessed by Father Gordon Kalil of the St. Helena Catholic Church as they passed threw a conveyer belt where staff hand-sorted them. 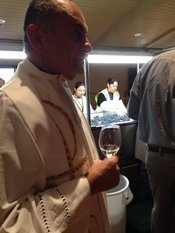 In attendance was Director of Winemaking Genevieve Janssens and General Manager Glenn Workman who both briefly spoke. This year’s ceremony was especially poignant in light of the recent passing of Mrs. Margrit Mondavi who had always been present for the blessing ceremony. A glass of Robert Mondavi Napa Valley Fumé Blanc was raised by us all in remembrance of Mrs. Mondavi and a toast was made in her memory.

Following the blessing, I was invited to join their winery staff for a casual luncheon. I sat beside affable winemaker Joe Harden who made the 2014 Fumé Blanc I was sipping. I complemented him on what was a delicious vintage. I also enjoyed their excellent 2014 Carneros Pinot Noir and their sinfully sweet Moscato D’Oro. I tasted just a hint of citrus... So heavenly! 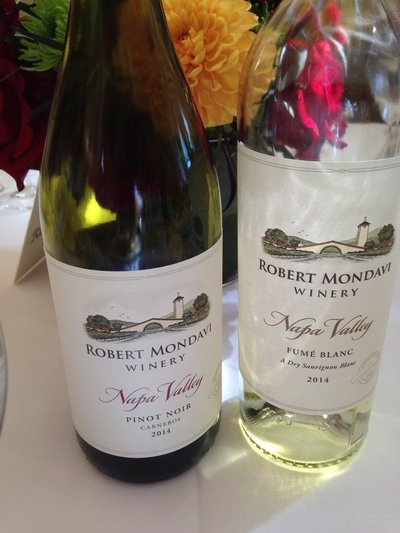 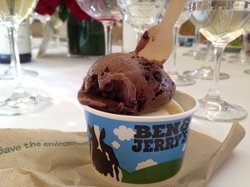 (Before sending me on my way everyone in attendance was treated to Ben & Jerry's ice cream... Wow!!! The staff at Robert Mondavi Winery was ever so gracious and I would like to extend my heartfelt thanks for the invitation to today’s memorable ceremony. —TS)